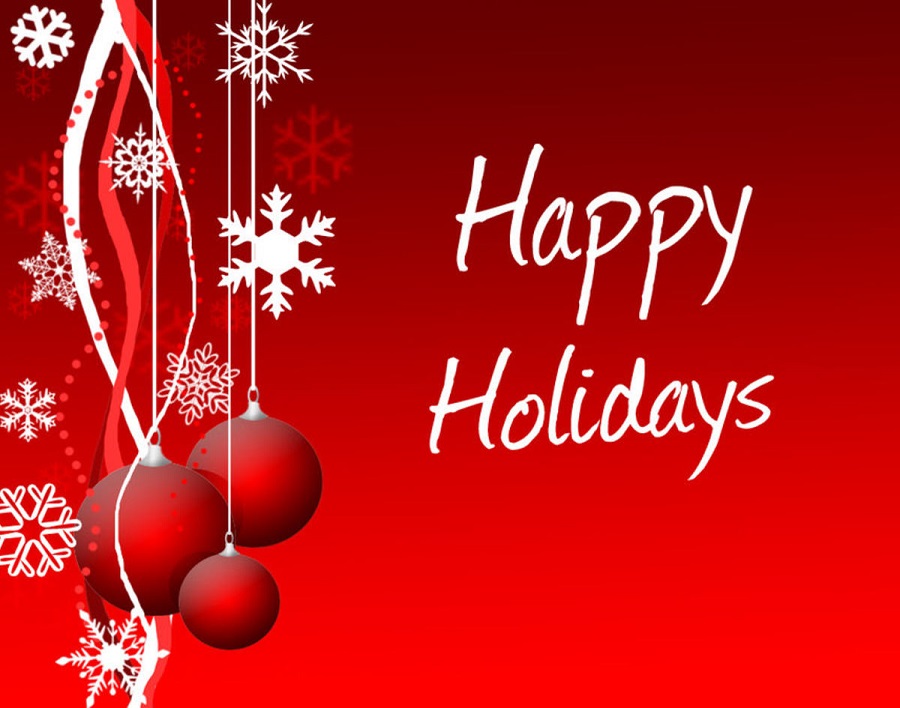 This is to let you know there will be no further posts in 2020. We very much look forward to seeing you in the New Year! In the meantime, with fervent hopes for a better, healthier year, we leave you with some homework: an eclectic holiday playlist put together by members of our team.

Björk, “Jólakötturin”: Jólakötturinn, the huge Yule Cat of Icelandic legend, prowls round to see if you’ve been given new clothes for Christmas. If not, you – and your dinner – will be eaten. Jóhannes úr Kötlum’s poem about this vengeful beast was published in the popular collection Jolin Koma (Christmas is coming) in 1932. It’s a grisly tale to scare children on a cold dark winter’s night, a tale that might originally have been a warning to get the wool finished. In 1987 Björk sang it for the compilation Hvit Er Borg Og Bær. There is an English translation.

Darlene Love, “Christmas (Baby, Please Come Home)”: Christmas is not cancelled. Darlene, now 82, is still singing this song she first recorded in 1963. A few songs move me to tears: Stevie Wonder’s “Sir Duke,” Bob Marley’s “Redemption Song,” Joni Mitchell’s “Case of You.” But every year when Darlene sings, it also makes me cry. Although her voice, her singing changed everything for women in pop, she didn’t get the credit in her youth and spent decades out of the music business. But she’s been making up for it ever since she was invited by David Letterman to perform on his Christmas show in 1986. Christmas really begins for me when I hear Darlene – I look out for this year’s performance on YouTube, and then have a good cry because I’m so grateful she and I have made it through another year.

I offer the villancico “Madre, en la puerta hay un Niño” (Mother, there is a Child at the door), in a simple version and two animated ones, flamenco style:

1) Above the two YouTube videos is a little arrow (to the right of “Audio”); click it and you’ll hear a performance of the song by Isabel Flores, recorded in 1955 by Arcadio de Larrea in Ronda, Málaga (two strophes).

3) 2010 – Group Raya Real (complete text). The Spanish verses appear below the two YouTube videos. My translation of those follows:

Mother, at the door there is a Child / More beautiful than the beautiful sun / And he says that (It seems that) he is cold / Because he (the poor one) is half naked.

Well, tell him to come in / and He will warm up / because in this land / there is no longer charity. (Added in the 2nd performance:) The little (charity) that there was, is finished.

The Child entered and sat down. / While he was warming up / The lady of the house asked him / From which land and nation do you come.

My father is from heaven / My mother too / I came down to earth / to suffer.

Make the bed for this Child / in the bedroom and with much care. / Don`t make the bed, madam / That’s my bed in a corner.

Florence Price, “Night” (1946): This isn’t a holiday song, or even a winter song, but its nocturnal beauty, sung so well by Darryl Taylor, seems fitting for the season. Plus, the image of the moon casting its comforting rays on a sleeping child makes me think of peeking in at my own sleeping children, before turning out the Christmas lights. The poem is by Louise C. Wallace:

Night comes, a Madonna clad in scented blue. / Rose red her mouth and deep her eyes, / She lights her stars, and turns to where, / Beneath her silver lamp the moon, / Upon a couch of shadow lies / A dreamy child, / The wearied Day.

Alison Travers, “A Mood” (1923): I offer this jewel of a song, not because it’s seasonal but for an eerie relevance. Alison Travers (1895-1969), who also published some of her songs under the name Toni Farrell, fell seriously ill with the Spanish Flu a century ago. It seems likely that this is one of the seven songs she reported writing after her recovery, and that the sense of deepening wonder I perceive in it expresses thanks for recovery from the pandemic of 1918-20. The poem is by Edward J. McDermott.

The songs of the birds in the sunshine, / The buzz of the bee, the caw of the rook, / The bleating of lambs, the murmuring brook, / Fill my soul with a deepening wonder.

The sun sinks to rest in the evening / With halo of gold, the hush of the twilight, / Sombre bright hue, heaven all starlight, / Then my soul from things earthly will wander.

The nightingale’s song in the darkness, / The hoot of the owl, the chirp of the cricket, / The croak of the frog, the dim distant / Roll of the sea on the grey rocks yonder.

The songs of the birds in the sunshine, / The buzz of the bee, the caw of the rook, / The bleating of lambs, the murmuring brook, / Fill my soul with a deepening wonder.

Radmilla Cody, “Joy to the World”: Grammy-nominated Diné artivist Radmilla Cody is of the Tla’a’schi’I’ (Red Bottom People) clan and is born for the Naahilii (African-Americans). This is from the Navajo Christmas album (Canyon Records 2006). This album in general, and Radmilla’s background and journey more specifically, sound the beautiful densities of our modern Indigenous being. With the historic nomination of Deb Haaland (Laguna) to serve as the first-ever Native American cabinet member, it seems fitting to celebrate Indigenous Peoples and Practices from what we now call the Southwest.

Eva Cassidy, “Somewhere Over the Rainbow”: One of my favourite recordings is Eva Cassidy’s 1992 cover of “Somewhere Over the Rainbow,” from her album The Other Side. Even though it isn’t a ‘yuletide’ song, it is nevertheless ‘evergreen’. Cassidy creates a feeling of real intimacy – a sharing of her private world – a message of hope, connection, and solace at such a difficult time for so many.

Rhiannon Giddens, “O Holy Night”: A Christmas barn-burner traditionally delivered with full-throated intensity and pulsating accompaniment, this 19th-century anthem becomes a contemplative meditation in a performance by Rhiannon Giddens and bassist Jason Sypher. Known initially as an old-time musician, especially for her work with the Carolina Chocolate Drops, Giddens is fundamentally multistylistic, and this performance reveals her jazz lineage, especially to the vocal virtuoso Sarah Vaughan. Recorded at Triad Stage in Greensboro, North Carolina in 2012.

Alessia Cara, “Make It To Christmas”: This year especially, many people have very different feelings going into the holidays. In this stripped version of her 2019 single, Alessia Cara delivers a hauntingly lovely performance that balances familiar musical elements of holiday cheer with the somber tone of a ballad to express sentiments that many people have right now: “Can we just make it to Christmas?”

Caterina Assandra, “Duo Seraphim”: Assandra lived at the turn of the 17th century, surviving past the age of thirty. Like many women musicians then, she was a nun – in her case, in a rural Benedictine monastery. This piece has been recorded many times, by high and low voices, with a range of different accompaniments. Some of its features anticipate Monteverdi’s more famous setting of the same text in 1610 – I prefer this less florid, more dignified setting.

Translation: Two seraphim called to each other: holy, holy, holy, Lord God of Hosts. All earth is filled with his glory. There are three who give witness in heaven: The Father, The Word, and The Holy Spirit, and these three are one.

Tori Amos, “Circle of Seasons”: On 4 December 2020 Tori Amos released Christmastide, a four-track EP. The second song, “Circle of Seasons,” resonates with me this year. As Amos concludes, “We will see this through / Till the sun rises new.”

Whitney Houston, “I Love the Lord”: I’d like to contribute Whitney Houston’s cover of Richard Smallwood’s song which she recorded with the Georgia Mass Choir for the 1996 film, The Preacher’s Wife. Whitney’s voice is timeless and the gratitude and resilience I hear in her voice reflect the sentiments I’m holding closely this season.

Jessye Norman, singing Richard Strauss’s Wiegenlied: Strauss composed Wiegenlied in 1899, initially for voice and piano. The serenity of its lines, amplified in the orchestral version, gets a perfect match in the beauty of Jessye Norman’s singing. Listening to it at the end of a difficult year makes me calm and optimistic that even this will pass.

Translation of ‘Wiegenlied’ by Richard Stokes from The Book of Lieder (Faber, 2005). With permission.

Dream, dream, my sweet, my life, / of heaven that brings the flowers; blossoms shimmer there, they live / from the song your mother sings.

Dream, dream, bud born of my anxiety, / of the day the flower unfolded; / of that morning bright with blossom, / when your soul opened to the world.

Dream, dream, blossom of my love, / of the silent, of the sacred night, / when the flower of his love / made this world my heaven. 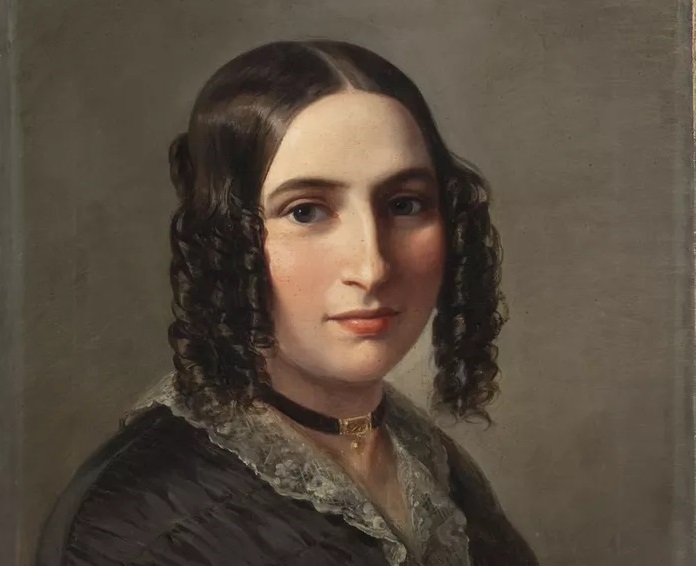